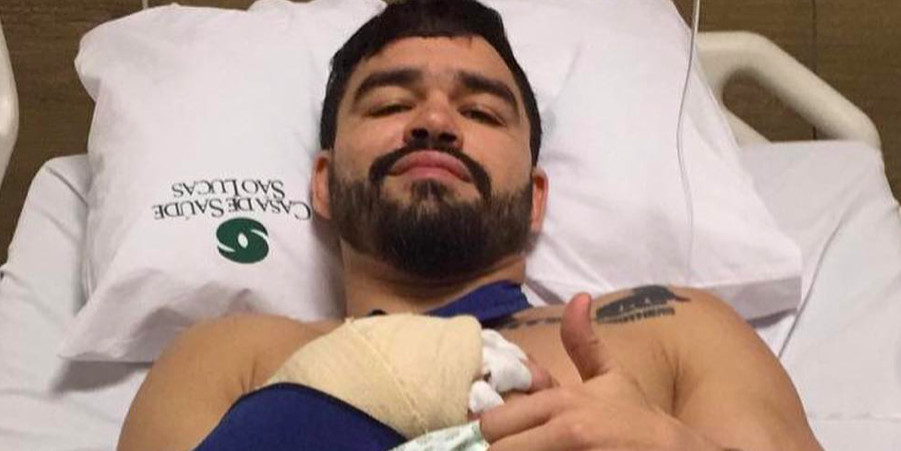 Bellator lightweight Patricky Freire will be out for a while but hopefully not for too long.

Got out of surgery a couple hours ago. I ruptured a tendon on my wrist in the first round of my last fight. Surgery was a success, but the damage was a bit more complicated than expected. It will delay my recovery a little bit, but doctors and I are optimistic I may be able to fight by August. See you guys soon!
Freire’s manager, Matheus Aquino, told MMA Junkie that his hand will be immobilized for six weeks before he’s able to rehab and train again. “Pitbull” believes that should give him enough time to make an August return, Aquino said.Continue reading >>>