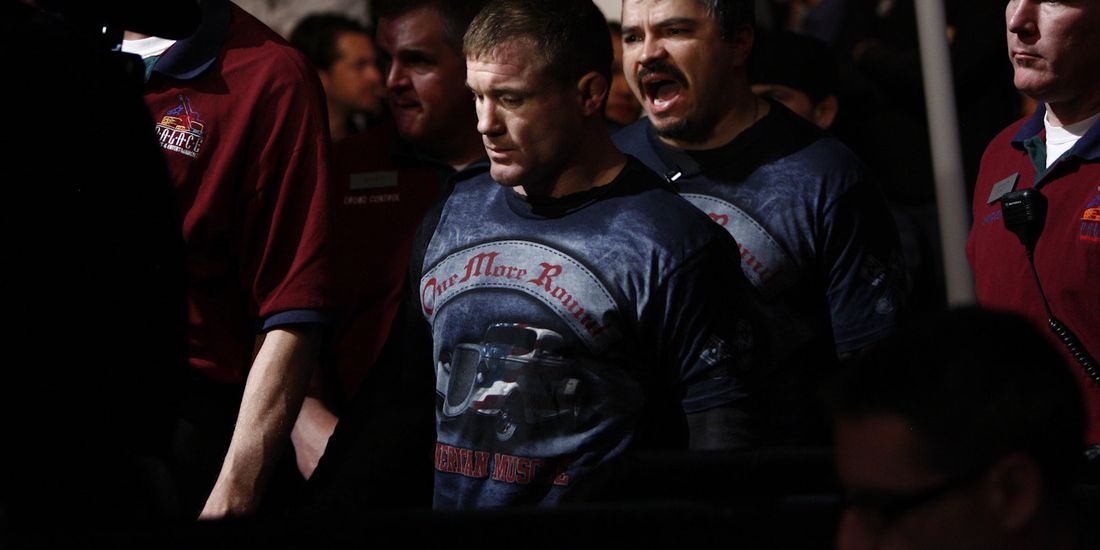 The wife of a UFC Hall of Famer has filed for and was granted an order of protection against her husband.

TMZ was the first to report the news.

Citing court documents, TMZ reported that Hughes must stay 500 feet away from Audra and their children in accordance with a restraining order that was filed on Dec. 13, 2018 and since granted by a judge. The restraining order was filed after an alleged incident on Dec. 12, 2018 in which Hughes is accused of striking Audra in front of their children and Audra’s stepfather after Audra accused Hughes of “texting other women.”