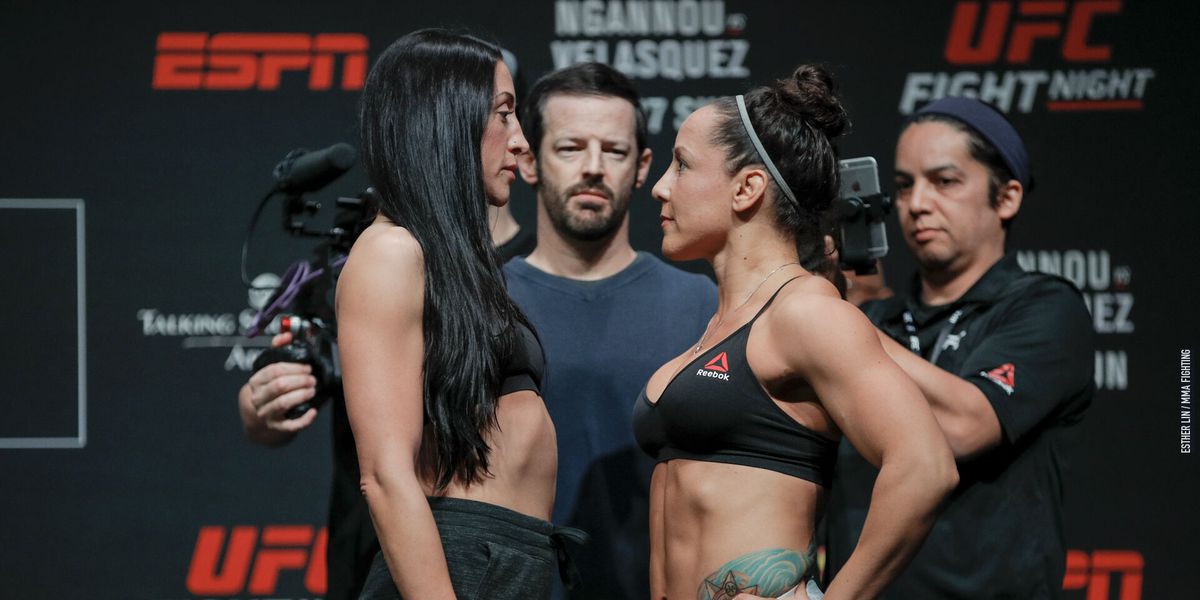 The return of Jessica Penne and Jodie Esquibel to the Octagon will have to wait a little bit longer.

Penne’s fight against Jodie Esquibel at Sunday night’s UFC Phoenix has been called off due to an injury to Penne, according to UFC officials via MMA Fighting’s Marc Raimondi. ESPN broke the story earlier Sunday afternoon.

“Due to injury, Jessica Penne has been removed from her Sunday bout against Jodie Esquibel. The UFC Phoenix card, which airs on ESPN and is headlined by the heavyweight bout between Cain Velasquez and Francis Ngannou, will proceed as scheduled with 12 bouts.”Continue reading >>>