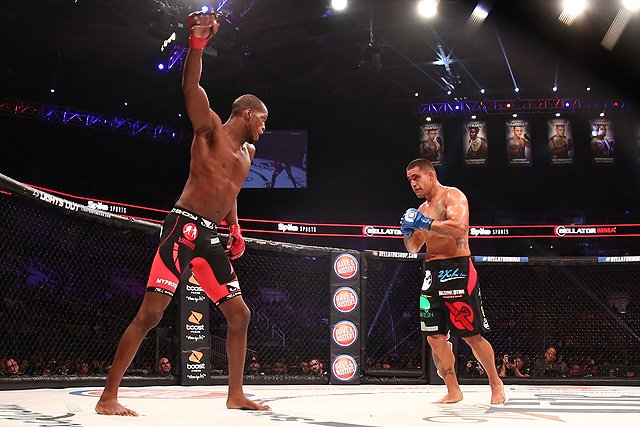 It’s a fight that has been brewing for years. The biggest fight that could possibly be put on between rival U.K. based fighters. And it’s going down, of all places, at Bellator 216 in Connecticut next week. While the locale might be a little bizarre, fans are finally getting Michael Page vs. Paul Daley. That’s all that matters.

The grudge match between the two started years ago, blooming from trash talk to fights being proposed, only to fall through. The pair were even linked to Bellator’s London show in 2017, only for, according to Page, Daley to pull out.

Page was not shy about sharing that news. In a video sent to Ariel Helwani (then with MMA Fighting), MVP said “Paul Daley, for the third time this year, has said he’s not going to fight me. I know, I know, I know. You’re thinking the same thing: that doesn’t make sense! He called me out! But yes. Paul Daley, you’re a disappointment to every UK fighter. You’re a disappointment to every fan in MMA that wanted to see this fight and there’s a lot of people that wanted to see this fight. You’re a straight disappointment. You are forever going to be known as Paula ‘Tampax’ Daley.”

The fight was next planned for 2018, butContinue reading >>>