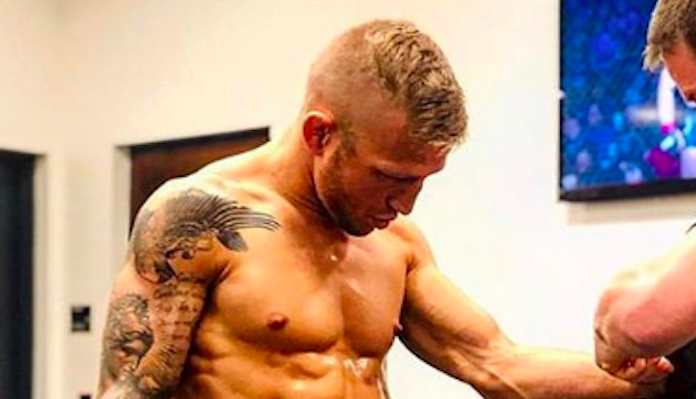 The nutritionist and strength and conditioning coach of TJ Dillashaw has released a statement on the former Bantamweight champs positive drug test results.

“It is with a heavy heart that I, Coach Cal, the owner, found and purveyor of The Treigning Lab, Ben recently seen the defeat of one of our family members in recent months. This defeat is not due to the skills and combat savvy of an opponent of flesh, but rather a defeat at the perilous hands of a far more sinister foe; the demon of self doubt which haunts each and everyone of us at one time or another in our lives.Continue reading >>>