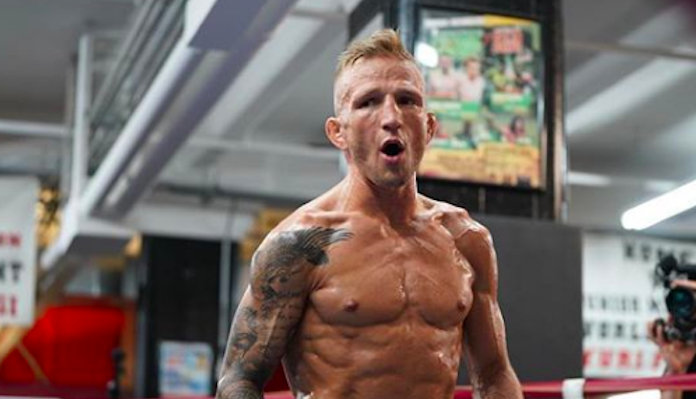 Last month, we learned that former UFC bantamweight champion TJ Dillashaw had failed a drug test ahead of his UFC Brooklyn flyweight title fight with Henry Cejudo. Dillashaw broke this news himself, announcing that he was being investigated by the United States Anti-Doping Agency (USADA), and that he was relinquishing the UFC bantamweight strap as a result.

On Tuesday afternoon, ESPN’s Brett Okamoto reported that the substance detected on the TJ Dillashaw test in question was recombinant human erythropoietin (EPO), and that Dillashaw has received a two-year suspension as a result. This suspension is dated retroactively to January 18, 2019, meaning TJ Dillashaw can fight again on the same day in 2021. Dillashaw reportedly didn’t contest this verdict.Continue reading >>>